We have had our final update through from Dean Kirby and Paul Cross and it looks like they are now sipping a well earnt beer. It seems they really started to experience the humidity over the past couple of days but despite the conditions, they made it! We just want to offer them a massive congratulations for completing this inspirational challenge. A huge well done to them for all their efforts in raising money for such a great cause. Read on to see how the last leg of their journey went…

Day Four started by checking out the Bamboo Hotel in Pailin and cycling up and over the hills for 10 miles to the Thai border.

Here they had a two hour wait to get relevant paper work sorted and passports stamped for departure. They jumped on a coach and travelled for another two hours down to the coast where they had lunch next to a very picturesque beach (looks terrible…)

They have described the weather as hotter and a lot more humid in Thailand. Once lunch was done and dripping before they even moved, they got onto their new bikes and set off for another 15 miles, stopping for a short break at a stunning temple.

After setting off from the temple, they encountered two short, but very steep, hills through trees and when they got over the top onto the final stretch, the heavens opened and it rained for the final couple of miles – very surreal, but refreshing too!

Day Five rolled around quickly and they set off for their final long ride of 50 miles along the stunning Thai coastal roads.

There was cloud cover to start which kept the heat at bay and after beating the first hill, they stopped to catch their breath – all seemingly pleasant so far. However, once up and over the next hill, the clouds broke giving full intensity of the sun. They peddled relentlessly on flat roads stopping for a couple of breaks on the side of the road and, again, at a temple where Paul Cross got a picture with their Cambodian guide called Tree who has stayed with them for the full trip.

Once they completed the final hill, they stopped at a lovely location for some much needed fruit and electrolytes.

Then it was the final long, downhill ride to the hotel for a well earned bottle of water and a dip in the pool.

Today there was a change of plan due to local traffic issues and road closures. Rather than a coach trip, ride and coach trip, they went from the hotel for a 50k ride then one, long coach trip to Bangkok.

There was a celebratory feel all day with lots of photos with all the guys and guides. More cycling through towns and villages along the coast with a couple of stops on the side of the road and at a temple (again). When they finally got to the finish line, there were cold beers waiting along with more hugs and photos with everyone. Bet those drinks tasted good.

They had a group photo then got on the coach to start celebrating properly! They were headed into Bangkok for a reception Gala dinner, a big party and a couple of days R&R exploring the city before heading back home on Sunday night. Funny enough, we have no pictures from this – we think they were too busy partying and who can blame them.

So just like that, they have smashed it! Just as they start to get used to the heat and cycling every day, it’s finished.

Both have described the experience as such a fantastic and special event to be a part of with so many other top people to spend the journey with.

However, the cycling is over but the fundraising does not have to stop. If you are impressed with what you have been reading, please help them get to their target – we think it is rather deserved. If you want to show your admiration for the effort the guys have put in, please go to our Giving Page here.

We are so proud of what Dean, Paul and all the others have achieved and wouldn’t it be a fantastic reward if they could reach their target before they arrive home. 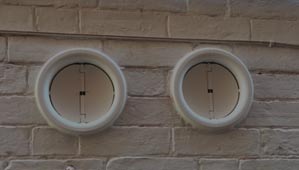 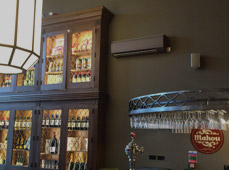